America’s Service Commissions (ASC) is a nonprofit, nonpartisan association representing and promoting the 52 state service commissions across the United States and territories with the mission to lead and elevate the state service network. State service commissions are governor-appointed public agencies or nonprofit organizations made up of more than 1,000 commissioners, private citizens leading the nation’s service movement and administering 80 percent of the federal AmeriCorps funds to address pressing community needs. Learn more: statecommissions.org.

AmeriCorps in the News

Originally posted by The Hill, shared with permission 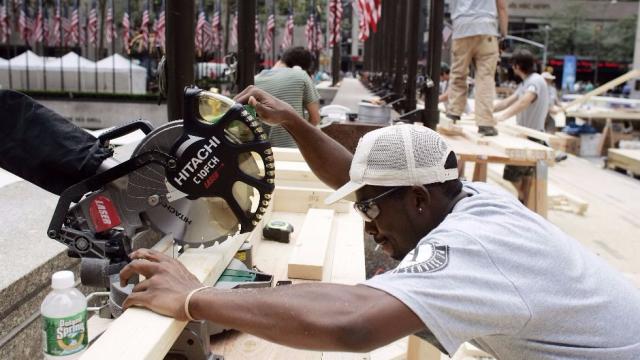 In times of national crisis, Americans have a history of coming together and giving back.

In the depths of the Great Depression, President Franklin Roosevelt put 3 million unemployed men to work through the Civilian Conservation Corps. During the Cold War, President Kennedy told Americans to “ask not” what their country could do for them, but what they could do for their country, setting the stage for the establishment of the Peace Corps. And after 9/11, millions of Americans stepped forward to serve their neighbors, as volunteering soared and national service opportunities grew to lend a hand both at home and abroad.

Today, our nation suffers from an erosion of trust in one another and our key civic institutions. We see the effects all around us — from the fraying of American communities to concerns about our national government. How do we rescue a sense of national purpose and restore confidence in our democracy and ourselves?

General Stanley McChrystal (Army-Ret.) has awakened the country to a big idea — to make a year of national service a rite of passage for 18-28 year olds. Large-scale national service would deepen Americans’ understanding of the responsibilities, not only the rights of citizenship, and cultivate the next generation of leaders, who can work together across social and political divides to produce results for our country.

McChrystal correctly argues that national service programs are deserving of Congress’ continued support. We agree and have joined his Service Year Alliance to make a year of service a common expectation and opportunity for young people. We believe states have a great role to play in expanding these opportunities. Here, we offer our “two state solution for national service” to inspire other states to join this cause.

In Virginia, under first lady Dorothy McAuliffe’s leadership, we’ve worked to promote national service, partnering to engage every college and university in the commonwealth to create service year opportunities for students to connect their courses of study with real-world experiences to improve their communities. In 2016, over 50 Virginia colleges and universities signed on to Virginia’s Compact on National Service, and together, they are integrating service year opportunities on their campuses to build up their students as engaged citizens.

In Virginia, our commitment to the enduring necessity of service runs deep. Home of our first president and citizen-soldier, George Washington, Virginia became the nation’s first state to be designated an “Employer of National Service.” We encourage AmeriCorps and Peace Corps alumni to put their experience to work on behalf of the commonwealth, recognizing that applicants emerging from a National Service Year create a skilled talent pool to fill jobs in our state government workforce. Since that designation in early 2015, we have tripled the number of national service alumni working for the Commonwealth.

In Iowa, led by Gov. Kim Reynolds, we launched the nation’s first Governor’s Council on National Service, signing a groundbreaking executive order charging state agencies to create service year opportunities to solve public challenges at low cost to taxpayers. We wanted to develop a strategy to expand national service opportunities and further our reach with existing state and private funding. We believe national service is a successful strategy to engage citizens and improve government effectiveness.

Since our council issued its report, we have worked with both sides of the aisle in the Iowa legislature to implement it. We passed legislation creating the Iowa Reading Corps, which has already documented success getting struggling readers back on track and reducing special education costs.

But our efforts are far from over. We’re working to make it easier to create more service year opportunities because we believe service should be part of what it means to be an American. For every service year opportunity we create, more than 30 other volunteers get involved, bringing people of all backgrounds together to turn us from a country divided to a country united.

By promoting national service as a pathway to success for young people, states reinvigorate our democracy and put more Americans back to work for the public good. Policies that put national service at the center of cultivating future leaders are critical to our nation’s success. States shouldn’t wait to encourage more people to enter a better relationship with their country at a time of national division and loss of public trust. Now more than ever is the time to embrace national service. States can lead the way.

Kim Reynolds is the governor of Iowa. Dorothy McAuliffe is the first lady of Virginia. They have worked closely with Service Year Alliance, chaired by General Stanley McChrystal, to show what states can do to advance national service. Read this piece in its original format in The Hill.